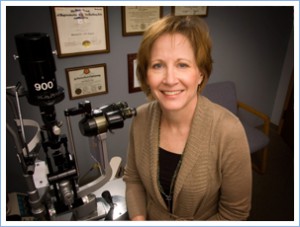 Sara S. O’Connell, M.D., is a board certified ophthalmologist who specializes in glaucoma, cataracts, and general ophthalmology.

Dr. O’Connell was a clinical assistant professor at the University of Kansas Medical Center. She received her medical degree from the University of Kansas School of Medicine. She is a member of Alpha Omega Alpha, the medical honor society, and received the American Women’s Association Award. Dr. O’Connell is a recipient of the American Academy of Ophthalmology National Honor Award and is listed in the “Best Doctors in America.”

She completed an internal medicine internship at Saint Luke’s Hospital, an ophthalmology residency at the University of Texas Health Science Center and a glaucoma fellowship at the New England Glaucoma Research Foundation in Boston.