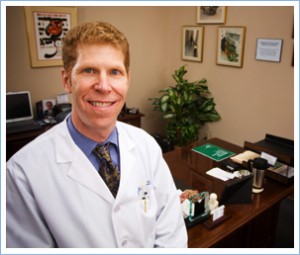 Fred S. Bodker, M.D., F.A.C.S., is a board certified ophthalmologist who specializes in oculoplastics, which includes eyelid, tear duct, orbital, and cosmetic eye surgery, as well as reconstructive surgery and general ophthalmology.

Dr. Bodker received his undergraduate degree from the University of Michigan, where he was a Phi Beta Kappa, and his medical degree from Johns Hopkins University School of Medicine in Baltimore. He completed an internal medicine internship at Northwestern University, and an ophthalmology residency and an ophthalmic plastic and reconstructive surgery fellowship at the University of Illinois at Chicago under the direction of Dr. Allen Putterman. He was accepted for membership in the American Society of Ophthalmic Plastic and Reconstructive Surgeons, an honor society of approximately 450 surgeons, in 1996. One of the few fellowship-trained plastic and reconstructive eye surgeons in Kansas CIty, Dr. Bodker is also a Fellow of the American College of Surgeons.